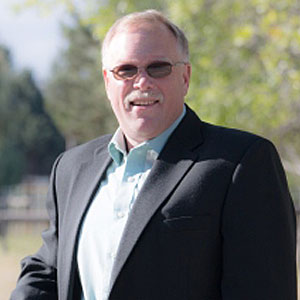 Pat is a Montana native, originally from Northwest Montana. Pat is a graduate of Lincoln County High. He attended college in Grand Forks, North Dakota and graduated from the University of North Dakota in Aircrafts System Management with his Airline Transport Pilot’s License. While attending college, he worked as a flight instructor for the University. Pat has also worked as an aerial applicator. Prior to working for Montana Livestock Ag Credit, he worked as a weather modification pilot in North Dakota, the Middle East, Greece and Turkey. In 1994 Pat took the yoke as the Corporate Pilot for Montana Livestock, in charge of flying the Company’s Cessna 340. Pat attends simulator training annually to maintain his proficiency for instrument flying and emergency procedures. When not flying, Pat can be found enjoying outdoor activities including motorcycling, snowmobiling, hiking, and fishing. Pat and his wife, Marieta, have three sons.