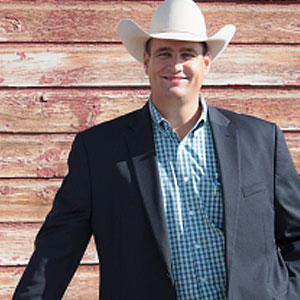 Ty started as an Associate Loan Officer with Montana Livestock Ag Credit in August of 2001. Since that time he has had the opportunity to cover the Central, Northeastern, and Eastern parts of the state. He is currently handling Central, and South Central Montana.

Ty is originally from Northeastern Wyoming where his family homesteaded on the Powder River. He graduated from Campbell County High School in Gillette in 1995 and attended Casper College where he received an Associates of Science in Ag Business. He then finished his bachelor’s degree in Ag Business at Montana State University.

When he is not headed down the gravel roads for Montana Livestock, he is spending time with his longtime girlfriend, Libby, on her ranch and tending to his cows and other ranch duties in the Smith River Valley.