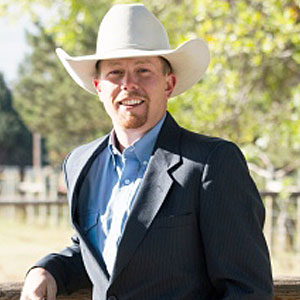 Josh started with Montana Livestock in July of 2010. Most of his time is spent in the Southeastern portion of the State, but he also handles areas in Western and Central Montana.  Josh attended Flathead High School and graduated from Montana State University with a Bachelor of Science degree in Business Management. Growing up on a small ranch and with family ties deeply rooted in agriculture, it was only a matter of time before Josh became involved with the family passion.

Josh is no stranger to Montana agriculture and spent much of his high school and college days traveling across the State for FFA. Josh is still involved with the Montana FFA and is also the District 9 Farm Bureau Young Farmer and Rancher Representative. Josh married his high school sweetheart Leslie in 2010 and welcomed their son Cooper in 2015 and son Callaway in 2018. Josh enjoys spending time with his family while roping, riding, and dancing.